We are excited to share an update regarding our ongoing adaptive reuse design project: Empire Hotel in Salisbury, North Carolina.

This outstanding building is located in vibrant downtown Salisbury. It served as a hub of the city for many decades and, therefore, was recognized as a prominent landmark. 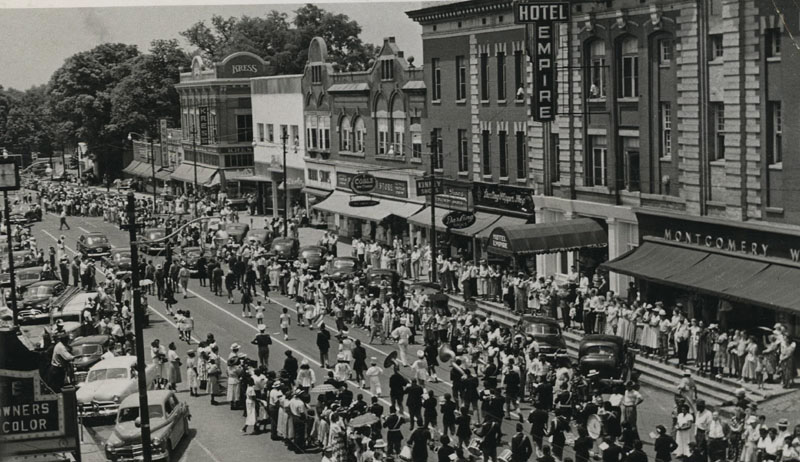 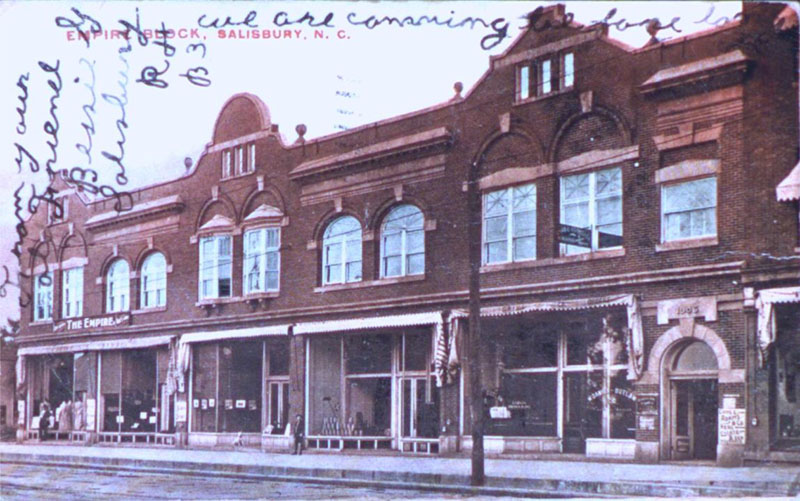 The hotel’s primary facade is located along South Main street, a commercial corridor in Salisbury Downtown business district. It includes a three-story hotel and the adjacent two-story Empire Block.

The brick hotel facade represents the Beaux Arts style. It features sophisticated cast-stone ornamentation and a raised metal “Empire Hotel” sign. In contrast, the Empire Block section remains classical. It has more of an eclectic facade with impressive arched multi-pane transoms over double hung windows. The building has four wings off the rear and an adjacent car parking lot. 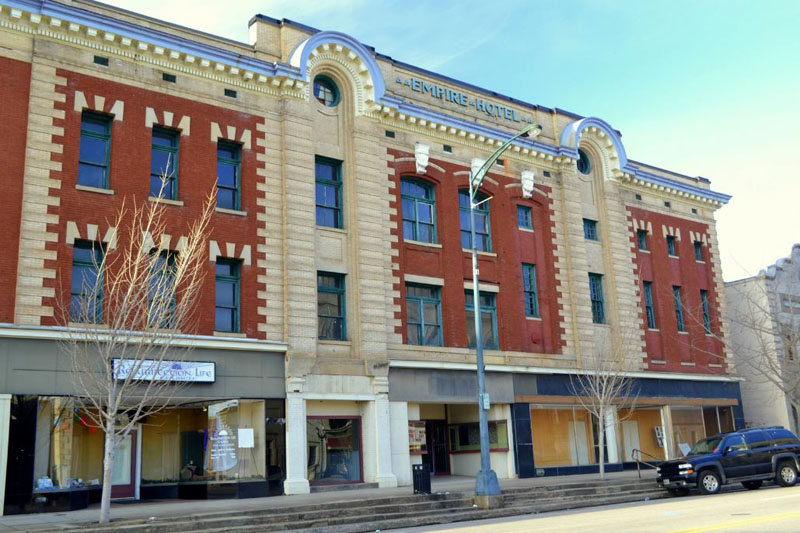 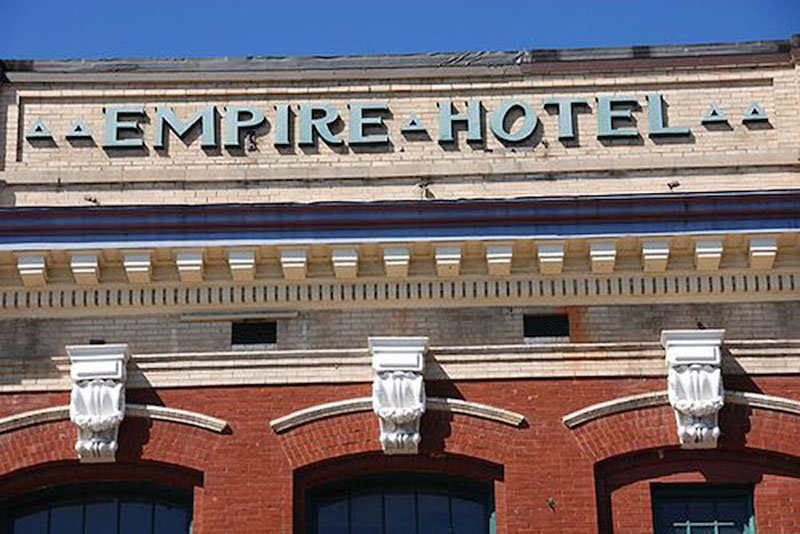 Construction of the building began in 1855. Through the years, the hotel went through many radical changes and renovations. However, in the 1960s, Empire Hotel permanently closed its doors. 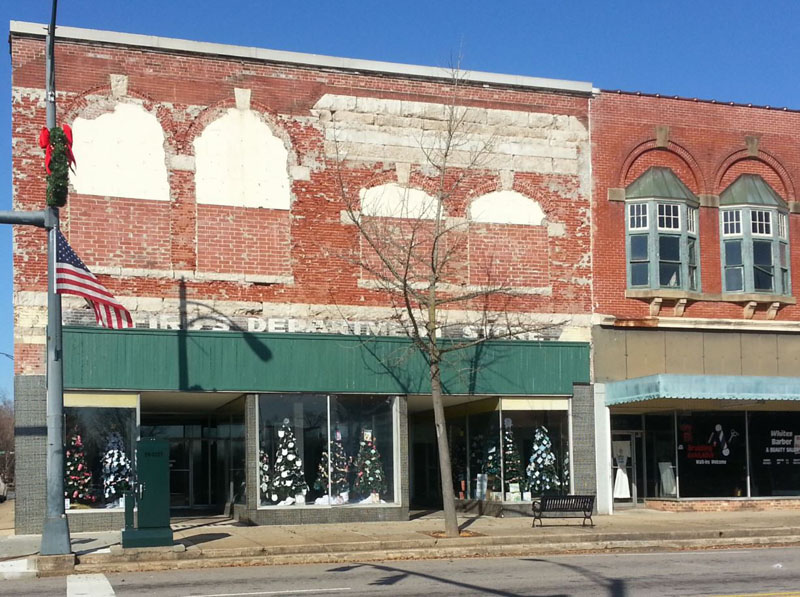 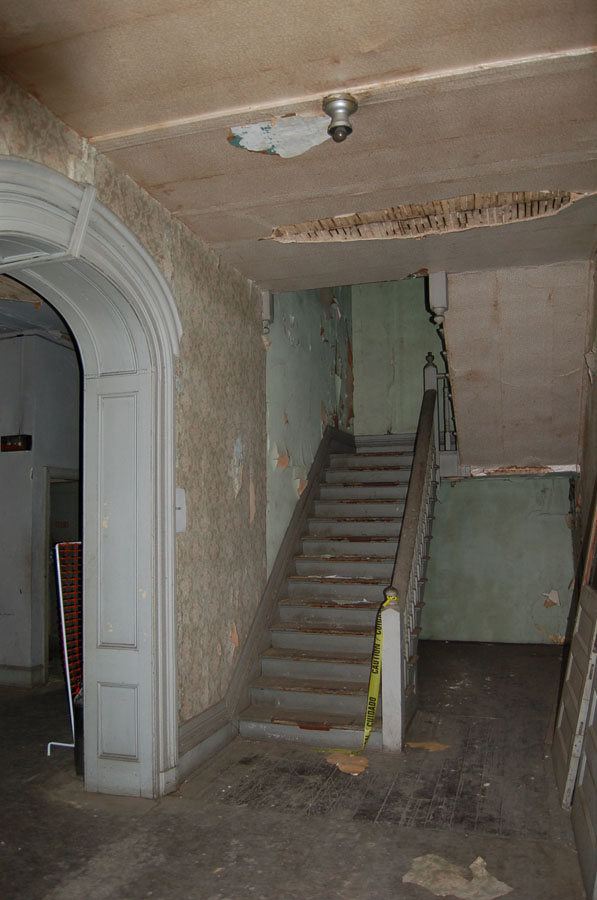 Interior staircase between second and third level in the hotel part- current condition. 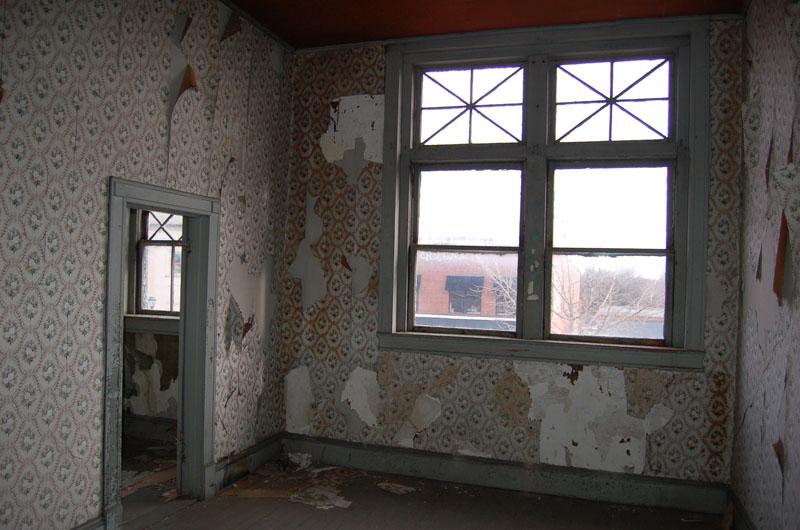 Interior of the hotel room at the second level- current condition.

Due to its historic significance, the hotel qualifies for historic rehabilitation tax credit. Thus, the project must complete all the appropriate parts of the Historic Preservation Certification Application through National Park Service (NPS). We have just submitted Historic Part 2 Application for the Empire Hotel. The application presents information about building condition and planned rehabilitation work, with defining features and historic integrity to be preserved and maintained.

Proposed elevation for the Empire Block and the building facade along South Main Street.

The revitalization of the hotel will include over sixty urban apartments. The units along Main Street will transform into live-work units, and the Montgomery Ward retail level will transform into co-working environments. The historic ballroom will be revitalized into amenity areas for the apartment residents.  Lastly, garden space will be developed in between the wings of the buildings. 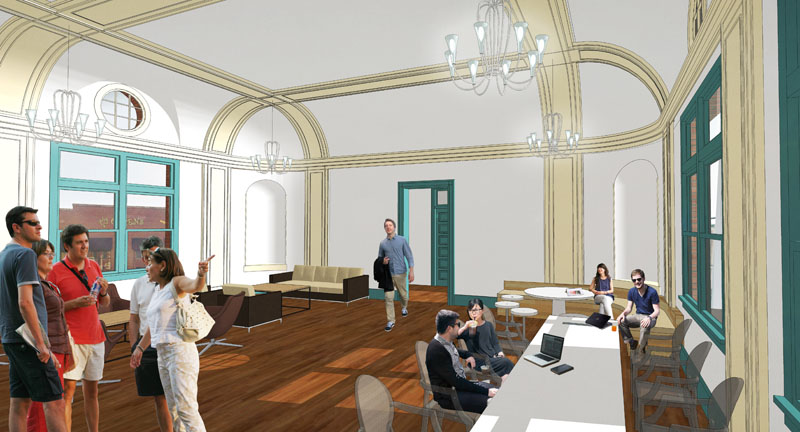 All the renovated storefronts along South Main Street will match the original historic aesthetics. They will provide over 6,000 square feet of elegant, street level retail spaces. 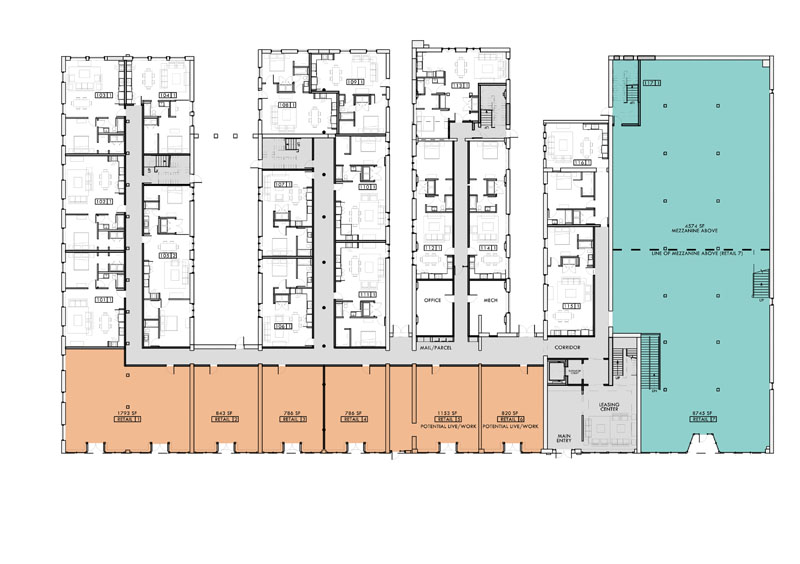 The exciting redevelopment of the Empire Hotel will again become an attractive and valuable feature of Downtown Salisbury!

Read the articles below to learn more about the project: