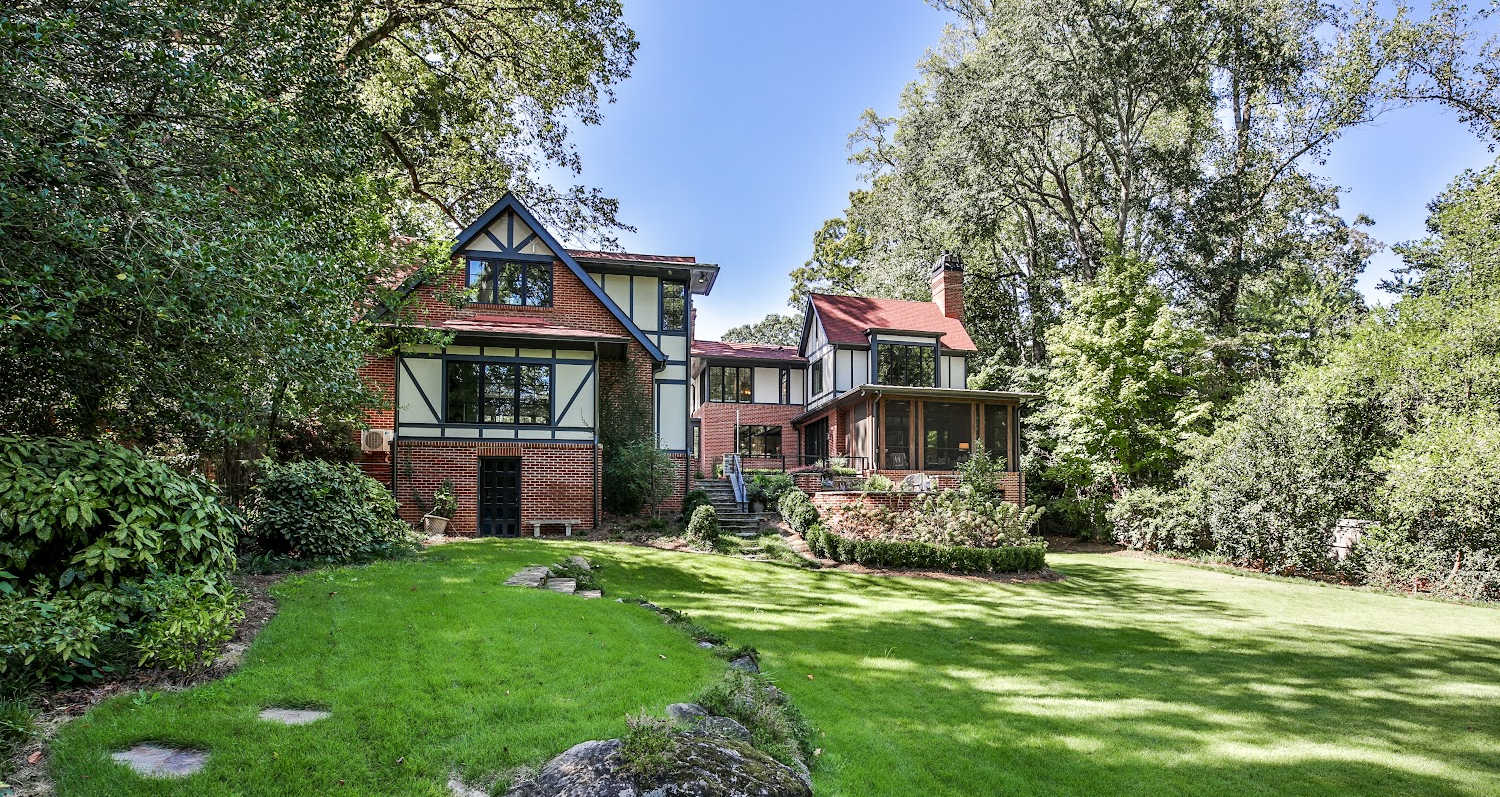 An ambitious young family fell in love with a Tudor home in the heart of historic Druid Hills with its expansive lot and a backyard they affectionately began to call “the back forty.”

Our task was to bridge the gap between the original 1923 home that sat on the property and the family’s modern living expectations. 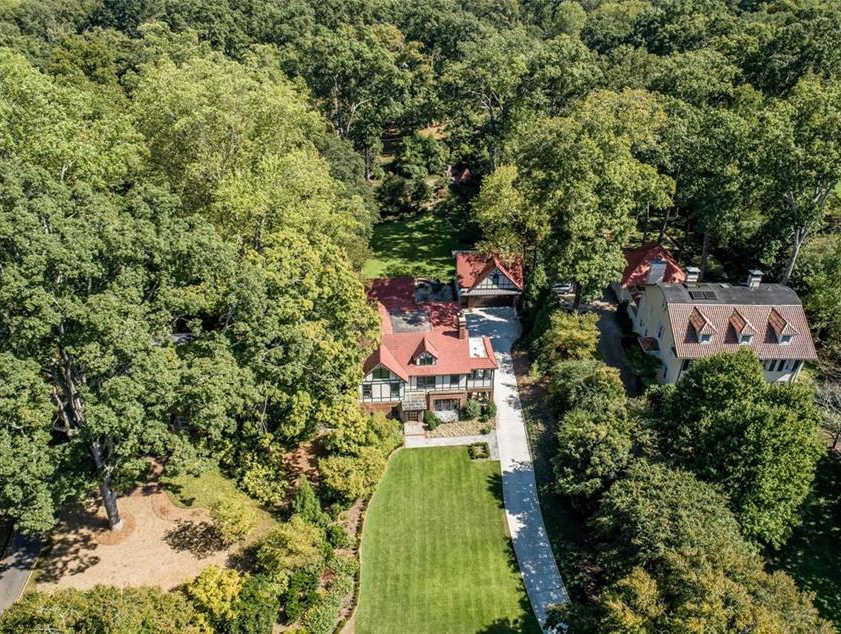 With an impressive front and backyard, the full footprint of this Tudor home in Druid Hills is nothing short of jaw-dropping.

We maintained the integrity of the original plan where it made sense and relocated the interior staircase to allow for an open-flow layout that met the family’s goals. This approach meant minimal impact to the street-facing windows. 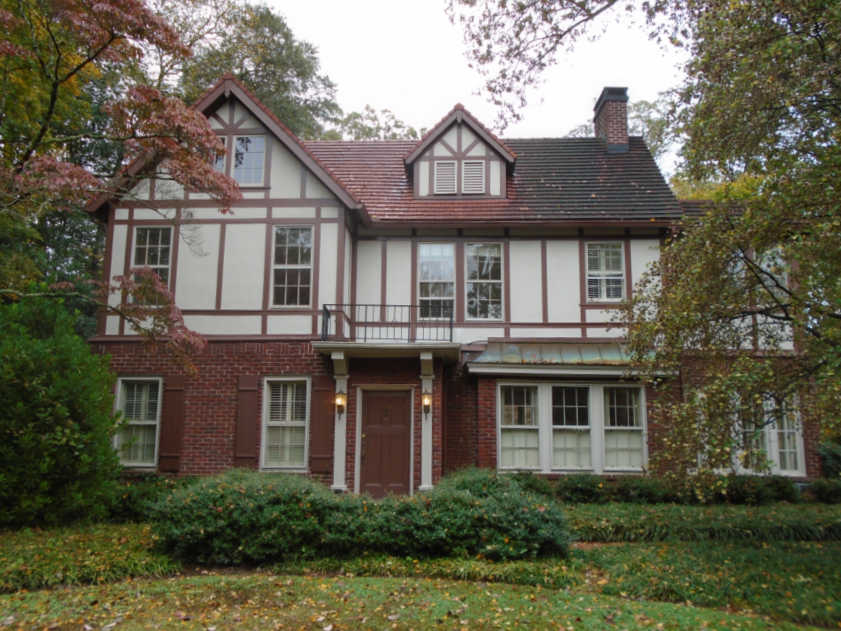 The family loved their Tudor home’s exterior and wanted to honor the style in the renovation. (Before photo.) 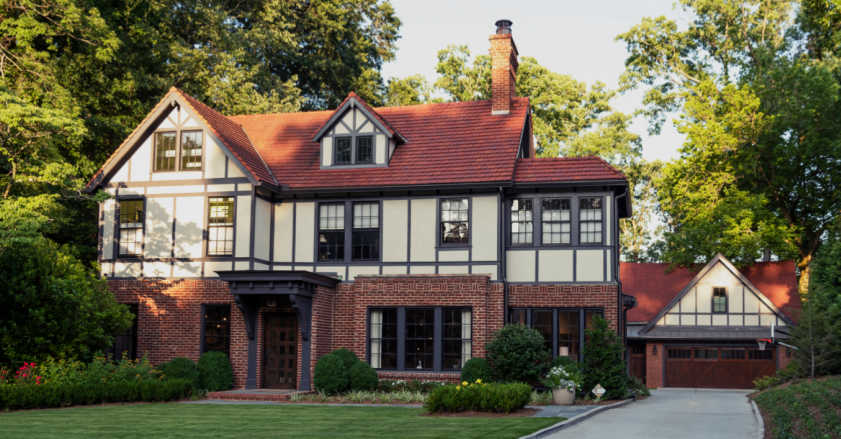 Our team was up to the task of incorporating the traditional elements into the new design. (After photo)

The family requested the architectural changes to their home to complement its original architecture, with the modern addition being cohesive with the Tudor style. Not sure how to explain this better. What satisfied the requirement was to plan for slight jogs in the footprint where new came together with old and clearly separate the new roof massing from the original red tile roof.

The strenuous guidelines and review process imposed by the Druid Hills Civic Association and the UDC limited what portions — if any from the original structure — could be changed. These constraints meant that the front elevation and any portions of the sides within public view (i.e., visible from the street) had to remain relatively unchanged.

However, we were able to argue for some improvements to the front façade because of the dilapidated condition of the entry awning and railing. The original awning above the front door was replaced with a classically proportioned canopy and larger brackets more appropriately scaled to the home. 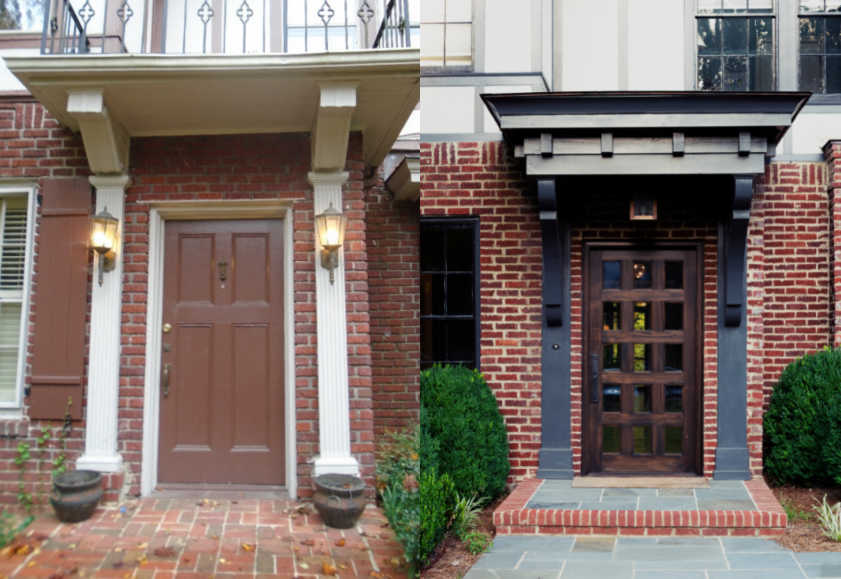 Before and after photos of the home’s front door.

Additionally, through the careful demo of the copper roof over the living room window bay, we were able to discover evidence suggesting the roof may actually be original to the home. The photographic findings we submitted to the City of Atlanta Urban Design Commission (UDC) enabled us to install a new stepped brick parapet cap to replace the failing copper roof.

Along with updating the home’s exterior and backyard, the family wanted a detached garage with a writer’s office. To place the garage where it needed to go while staying inside the 20’ side setback would require demolishing an original stone stair that led to the lower yard. The stair had significance not only because of its historical value but also because it was the start of a strong axis that threaded itself through pockets of plantings and landscape elements in the backyard. By arguing for the significance of this stair, we were able to reduce the side yard setback from 20’ to 10’ and place the garage just alongside it. 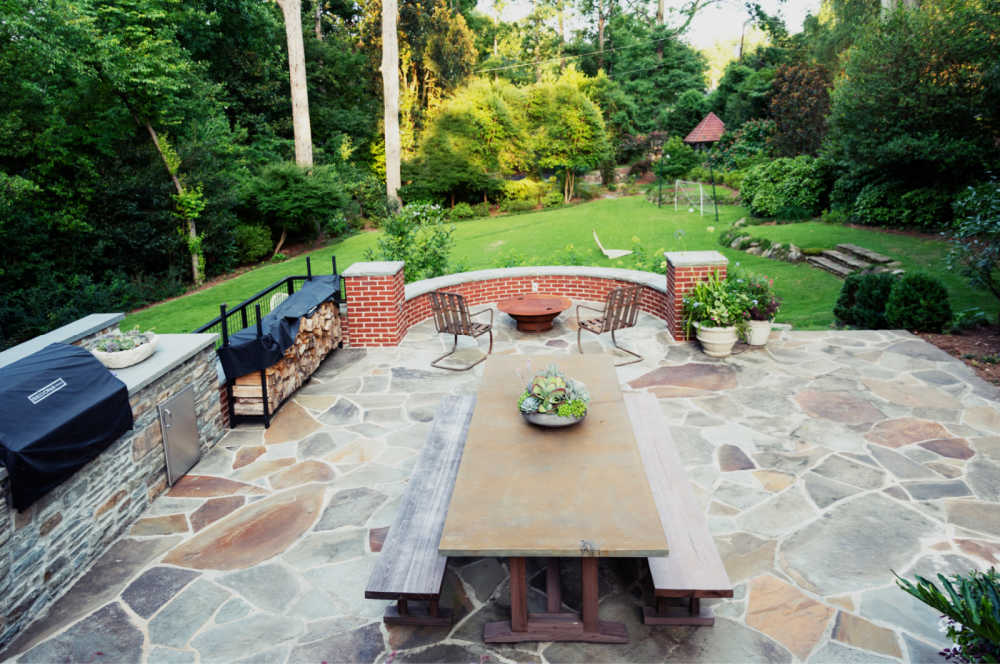 … to multi-functional, the family’s backyard became a communal space for entertaining and gameplay.

The design, reflective of its task, is a hybrid of traditional Tudor design that morphs into a more modern interpretation of the style as it progresses from old to new. Clean line detailing at shallow metal rooflines and soffits, simplified timber porch details and large expanses of glazing make the exterior of the newer portions cohesive, taking their cues from the original brickwork and second-level Tudor sticking. 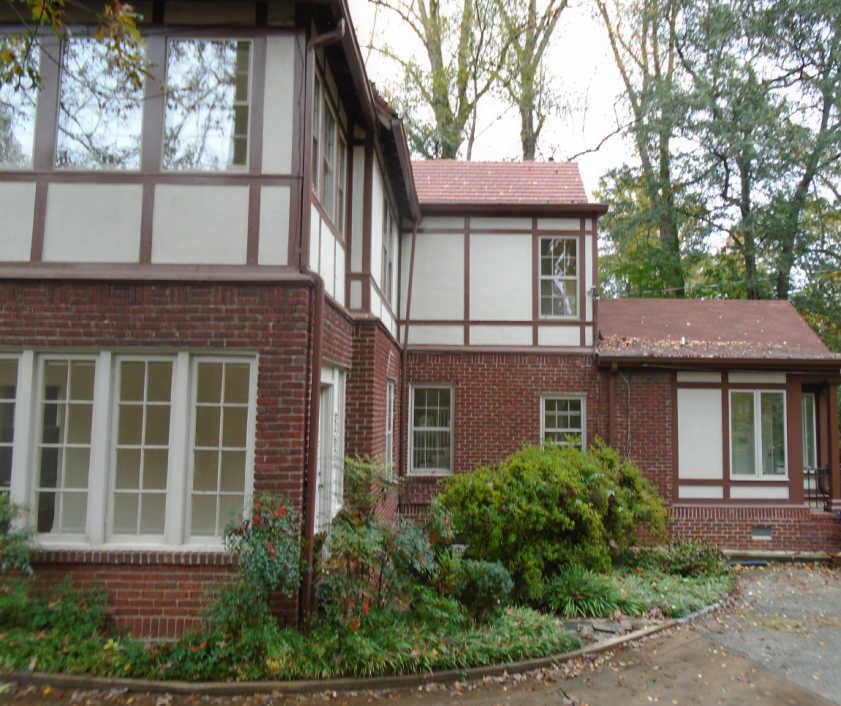 This before photo shows the original back side of the home. 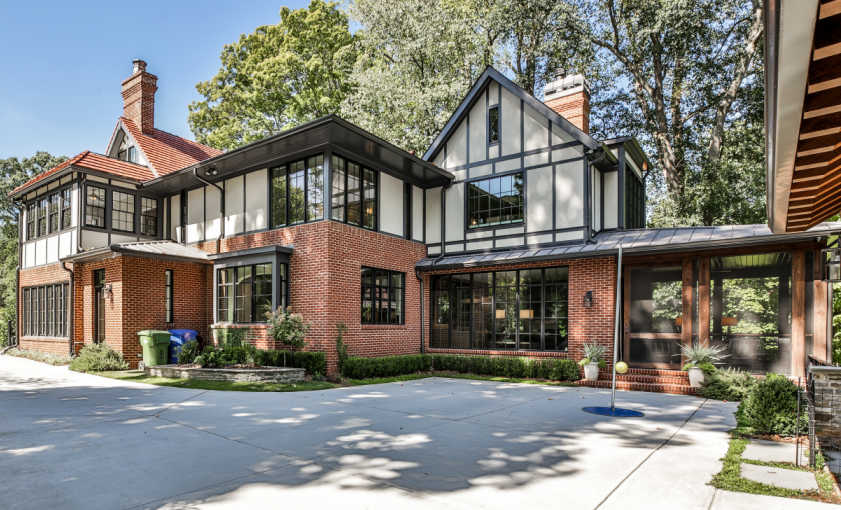 This after photo shows the timber porch and the exterior’s abundant glazing.

On the inside of the home, maintaining the original plan of the formal entry, living, dining, and music rooms at the front of the house meant minimal impact to the street-facing windows. The cased opening that defined the original small entry was removed and the space redefined with a two-directional Venetian plaster barrel vault and new multi-light front door. 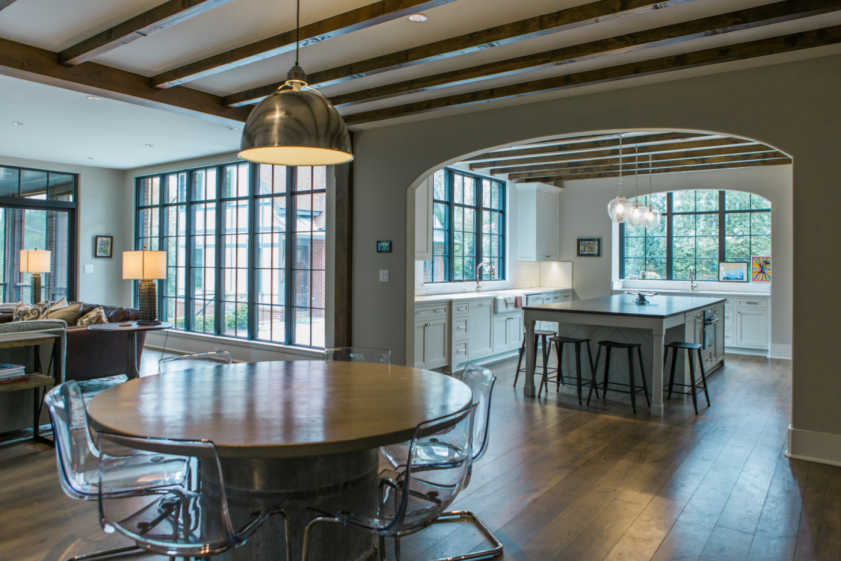 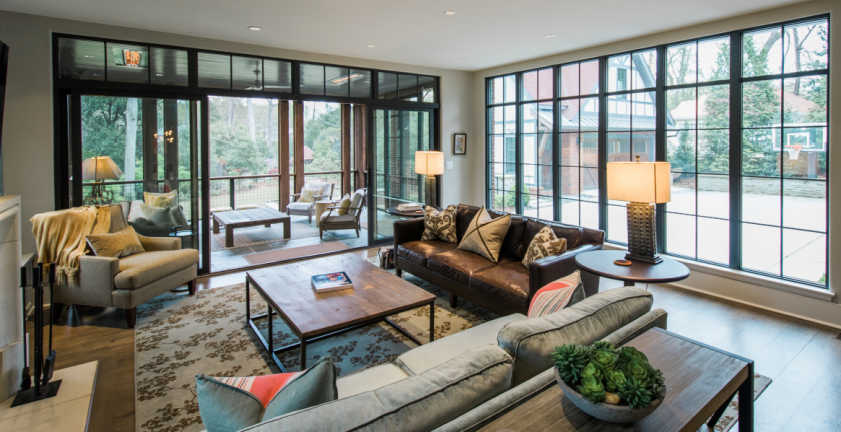 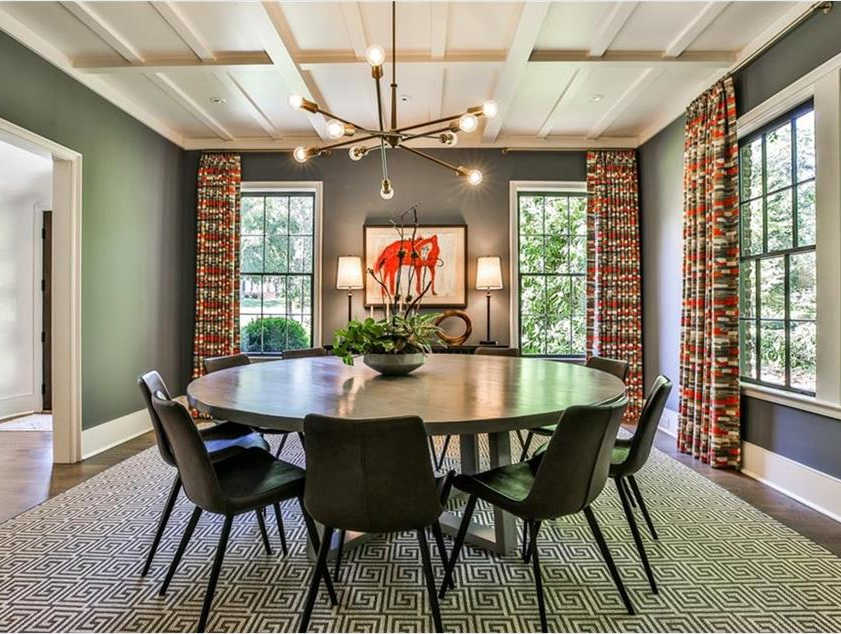 Much of the original craftsmanship of the home was retained and revitalized, with fresh paint and contrasting interior furnishings.

Honored With Award for this Design

Earlier this year, Jones Pierce Studios was honored with the City of Atlanta’s Urban Design Commission an Award of Excellence for this project that, according to the Commission, improves Atlanta’s physical character.

This is Jones Pierce’s seventh time winning an Award of Excellence from the Commission. “We love being recognized for good work in the city of Atlanta. The projects are in our backyard, so we are able to live with the projects as we enjoy the evolving urbanism of our city,”  says Bryan Jones, Resident Team Leader and Firm Leader.

If you want to close the gap between your older property’s limitations and a newer home’s contemporary features and amenities, schedule a call with our Residential Studio team to begin mapping out the home of your dreams. Email us to get the process started.