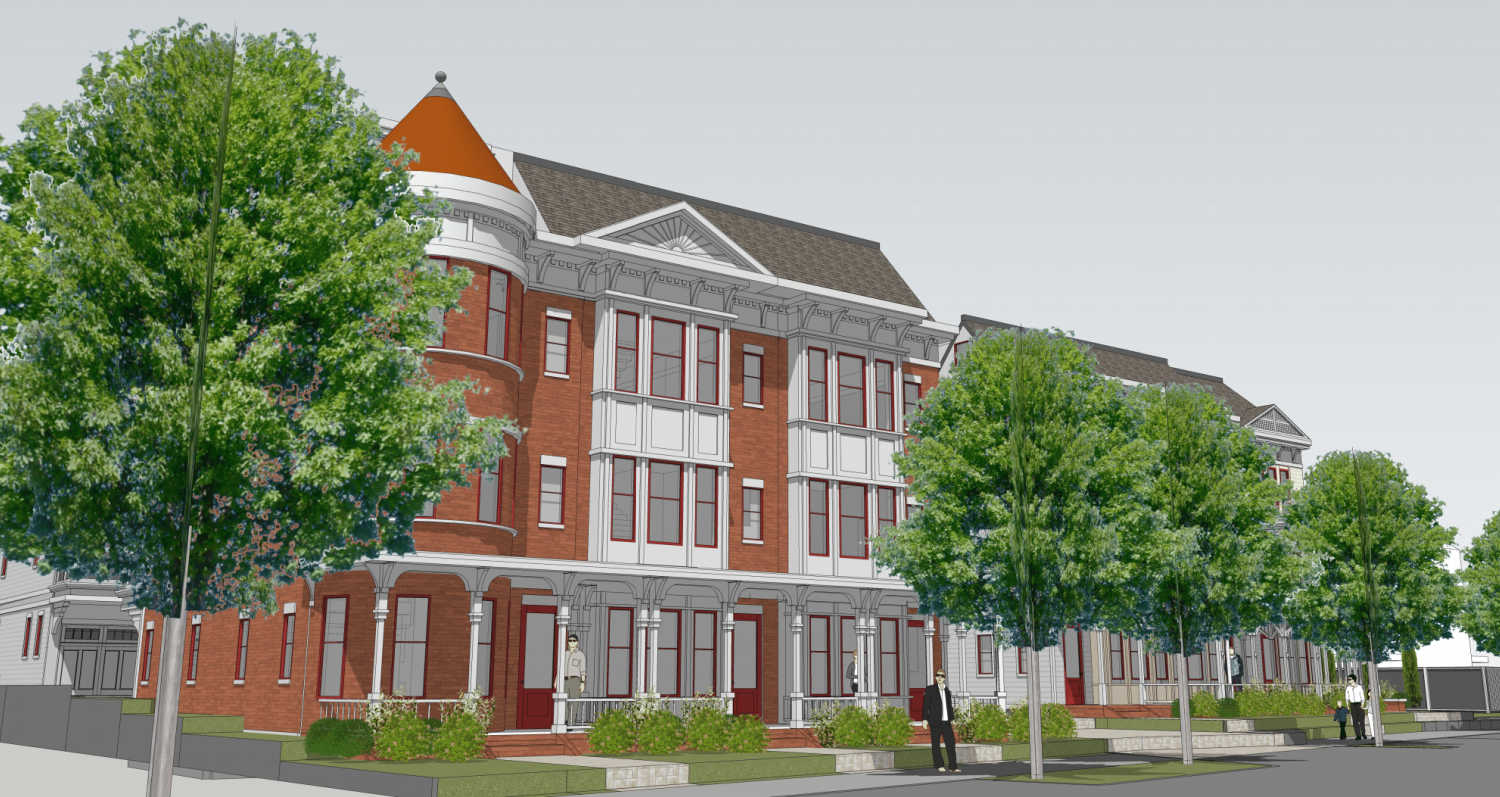 OPPORTUNITY: Convert two disparate lots separated by an alley into 11 separate million-dollar townhomes (about 2,000 square feet each) that complement the Victorian-style architecture of this well-known historic area

CURRENT PROJECT STATUS: Construction document stage and recently received the Certificate of Appropriateness from the UDC on the townhome design (approved with conditions) 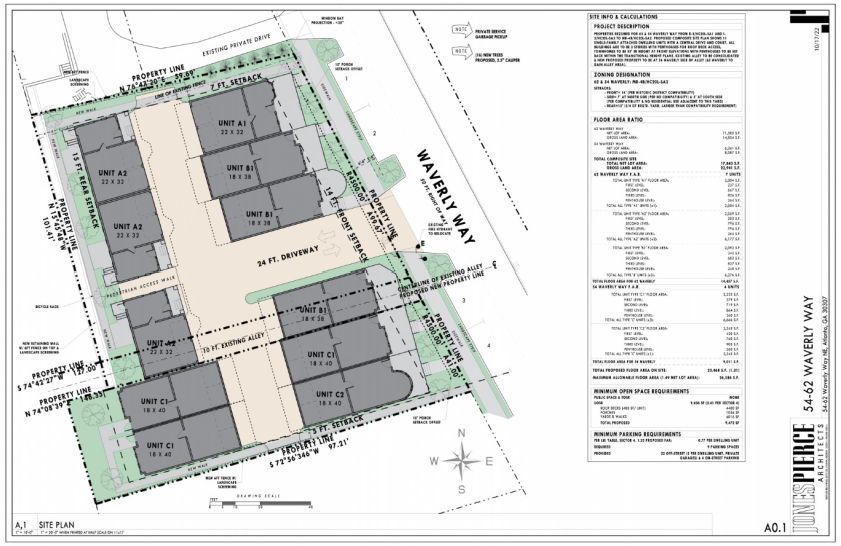 The Waverly Townhomes project includes 11 separate million-dollar townhomes that will complement the Victorian-style architecture of the well-known Inman Park Historic District on Atlanta’s east side.

The Waverly Townhomes project is a fitting example of a complex, multiple-month-long effort where only the heartiest of developers (and their architectural firm) could tackle the numerous challenges and milestones.

Having worked with Jones Pierce before, our client knew we’d be a strong, capable partner to help him expertly move through the project’s multiple phases, satisfying both his and the other stakeholders’ interests, which include Inman Park residents, the area’s historical preservation group, zoning review board and Atlanta city government.

This snapshot overview picks up after more than a year since the project began and several early milestones, including rezoning, gaining neighborhood association buy-in and nine different site plan iterations. This project, like much of the work Jones Pierce’s architects take on, included a significant amount of front-end development work to get the site plan approved. 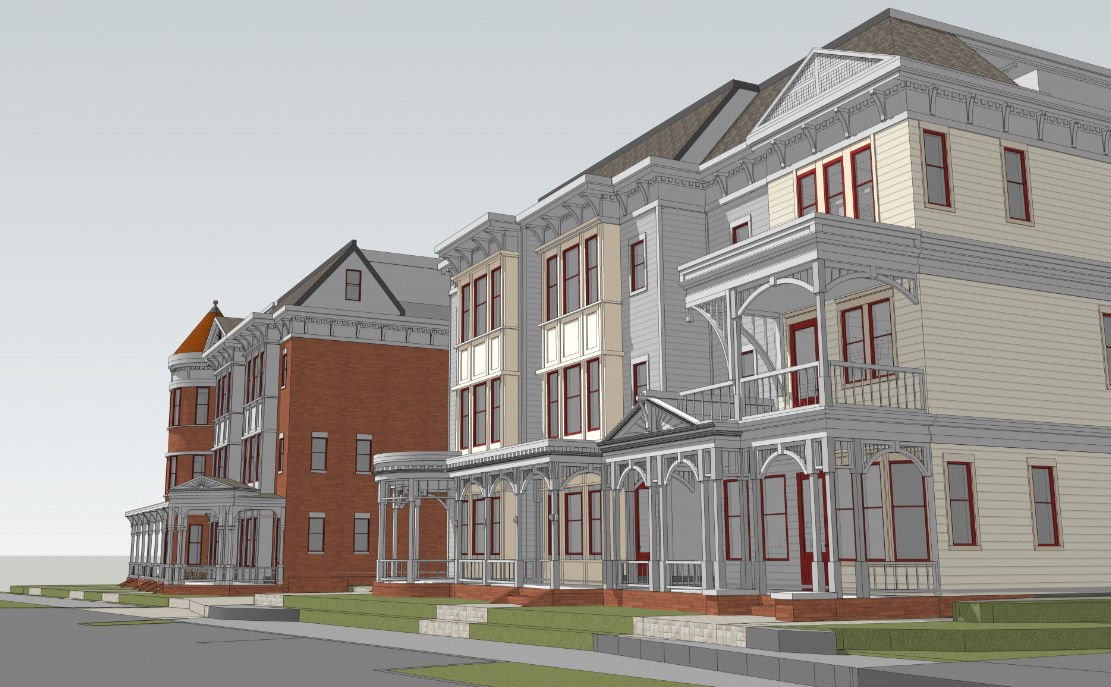 Each townhome will be about 2,000 square feet. The 11 units will have distinctive Victorian-style elevation (i.e., the exterior appearance), giving each a unique look yet one that’s cohesive with the full set of homes.

Getting agreement from a neighborhood, historical or otherwise, is often a challenging part of a project like this. Through our years of experience doing this type of work, we know that it’s key to truly listen to neighbors’ concerns, be professional (and patient) and paint a picture (literally) of what the future development could look like. By keeping our end goal in mind and being involved in multiple neighborhood meetings, we completed this phase with 85% acceptance from the neighborhood association, which allowed us to confidently move forward.

Waverly Townhomes will be a one-of-a-kind townhome community unlike any place else in Atlanta.

The property itself presented obstacles, as well. There are two separate lots (due to historical platting), separated by an abandoned alley. The added challenge here is that they’re in two different subareas of the historical overlay, further complicating the multiple overlay regulations. This required extensive research and planning to ensure what Jones Pierce proposed was historically appropriate and would yield beautiful, Victorian design-inspired townhomes that encompassed what we knew the UDC would be most interested in and would approve.

The Waverly Townhomes area of today is a long way from our ultimate vision of an aesthetically pleasing development. It includes both commercial- and residential-zoned lots with assorted structures and trailers and an abundance of asphalt. But our shared vision — the developer’s, Jones Pierces’ and our other stakeholders — of a one-of-a-kind townhome community unlike any place else in Atlanta is what keeps us focused on and excited about the Waverly Townhomes project. 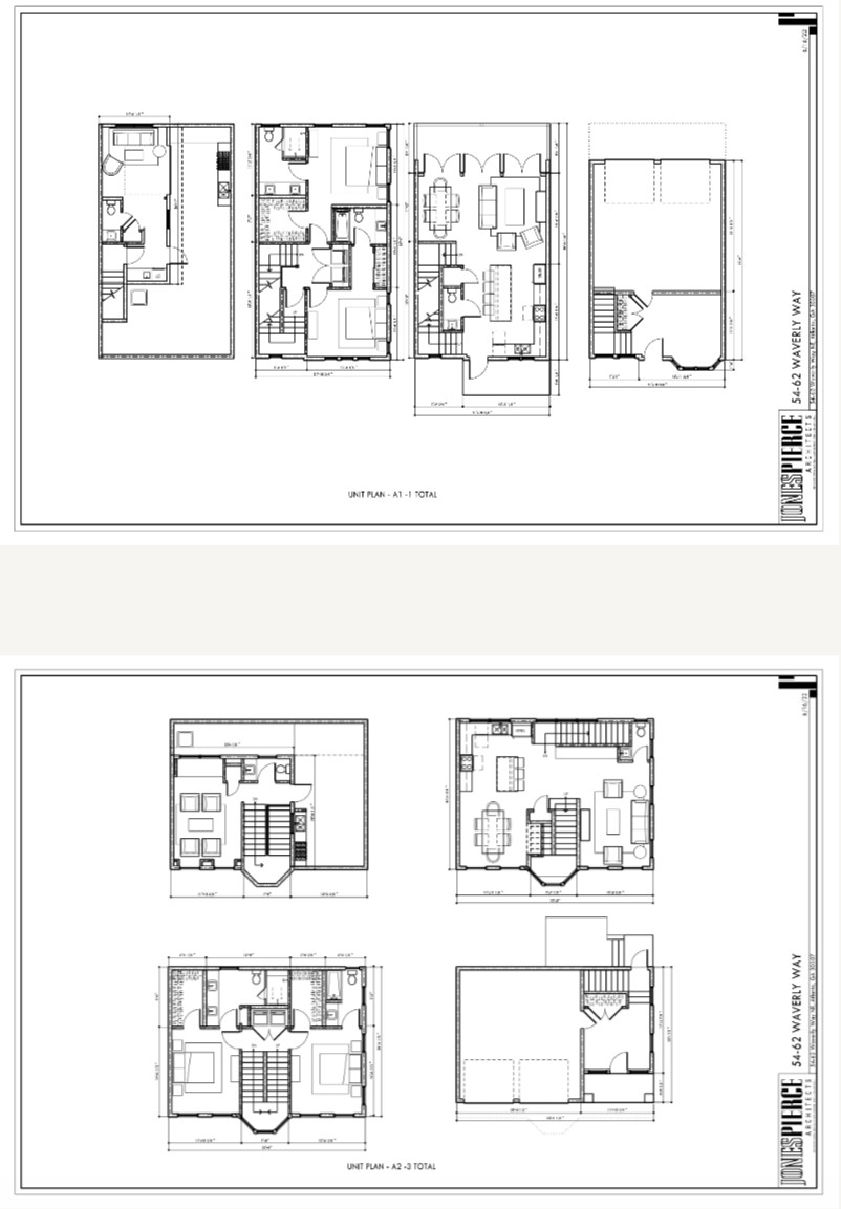 Will there be more hurdles to climb over, red tape to cut through and essential approvals to acquire? Most definitely. Are we up to the challenge? Yes! Working together, we’ll make our way through the remaining critical phases of this exciting commercial project. Our Jones Pierce team and our client look forward to late winter/early next spring when construction should begin!

Our Commercial Architect Team is Here to Help

If you’re a new or experienced developer who could benefit from having Jones Pierce’s expertise on a large project like Waverly Townhomes or a smaller commercial project, contact Cooper Pierce at 404.446.3882 or email us to schedule a call. We’d like to get to know you, hear about your plans and share how we could help.

Jones Pierce Studios, founded in 1997 by Bryan Jones and Cooper Pierce, is an award-winning, Atlanta-based firm of architects, construction professionals and interior designers who work with companies and individuals in Georgia, Alabama, Florida, North and South Carolina and Tennessee.