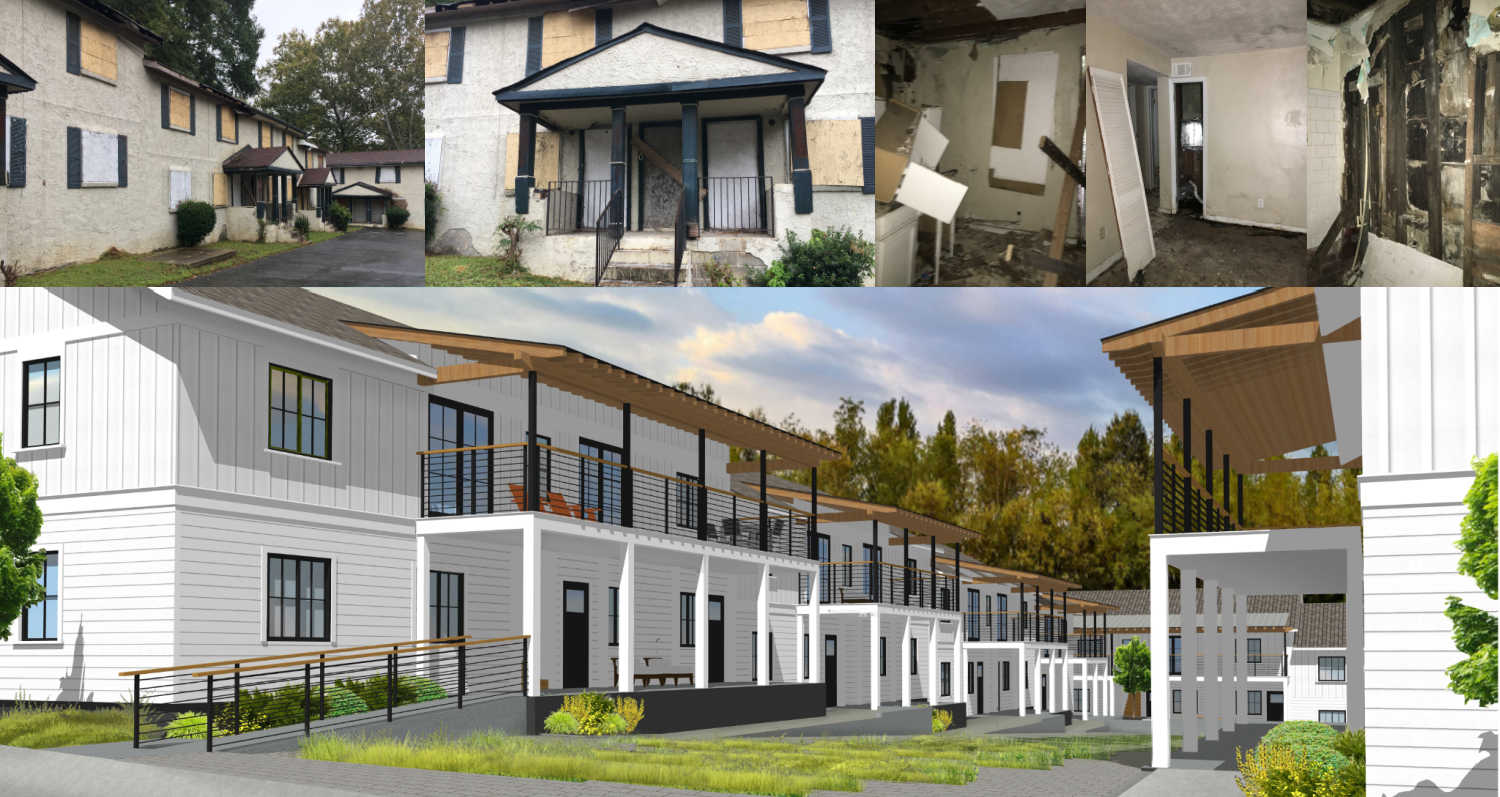 Neighborhood rezoning can be a double-edged sword. Revitalization can bring a positive change to an older neighborhood. It can yield higher property values for owners and a greater sense of pride for area residents.

Land-use adjustments in urban areas can also cause gentrification, making it difficult for current residents to remain in the neighborhood — or not give them a voice to weigh in on future development plans.

The partnership between the Atlanta Department of City Planning (COA) and Westside Future Fund is a shining example of how to do neighborhood renovations the right way. In 2017, they began partnering with the Vine City and English Avenue neighborhoods to collectively decide on the best way to recultivate the city’s Westside area to better support the communities’ wants and needs to fulfill the promises made in the development of the new Mercedes Stadium.

Westside Future Fund is a nonprofit formed by Atlanta’s public, private and philanthropic partners who believe in the future of the city’s Westside and are committed to helping its historic neighborhoods.

Planning future land use is often a vital first step in a neighborhood revitalization project. Sometimes, new zoning districts are required with contemporary regulations to better preserve communities that weren’t previously safeguarded from wrongful development. Another aspect that makes redevelopment difficult in older neighborhoods is the existence of multi-family structures built within a single-family zoning district.

To speed their redevelopment plans, Jones Pierce recommended Westside Future Fund (WFF) work with the COA to develop a comprehensive solution to rezone, rebuild and redevelop existing sites to create a revitalized community for Westside Historic District residents. Our suggestion was to propose to the neighborhoods a Special Public Interest (SPI) district to incorporate the two districts into one that would allow the multi-family properties to be redeveloped without rezoning and add provisions to minimize variances for the residential lots.

WFF developed the Home on the Westside program to work in conjunction with the Westside Land Use Framework Plan with the goal of providing higher-quality living and safe housing for all area residents.

One of the first apartment communities WFF wanted to revitalize as part of its efforts was the 395 James P. Brawley Dr. complex located in the English Avenue neighborhood, offering affordable community housing and one, two and three-bedroom units. WFF connected with Jones Pierce Studios to define a scope of work for this apartment community built in the 1960s.

First, the property needed to be rezoned from its single-family R4-A status, which didn’t align with the communities’ vision of regrowth. Our Commercial team performed an initial code analysis and site analysis of the property. Next, we looked at which zoning district best supported positive change and growth in alignment with WFF’s and COA’s objectives and developed multiple site plan schemes to show the site’s potential. Ultimately, the property was rezoned to RG-3, which better fit the COA’s comprehensive development plan and allowed the project to continue with our SPI zoning recommendation.

Later on in this project, the Atlanta Zoning Ordinance was amended to create the new English Avenue Special Public Interest District, SPI-3-SA3. The James P. Brawley apartments (among others) were rezoned to be included in this historic district, which encourages the preservation of English Avenue — one of Atlanta’s older neighborhoods. The English Avenue community and others worked with WFF and COA to develop the Westside Land Use Framework Plan and jointly defined the new zoning regulations to benefit all communities involved. 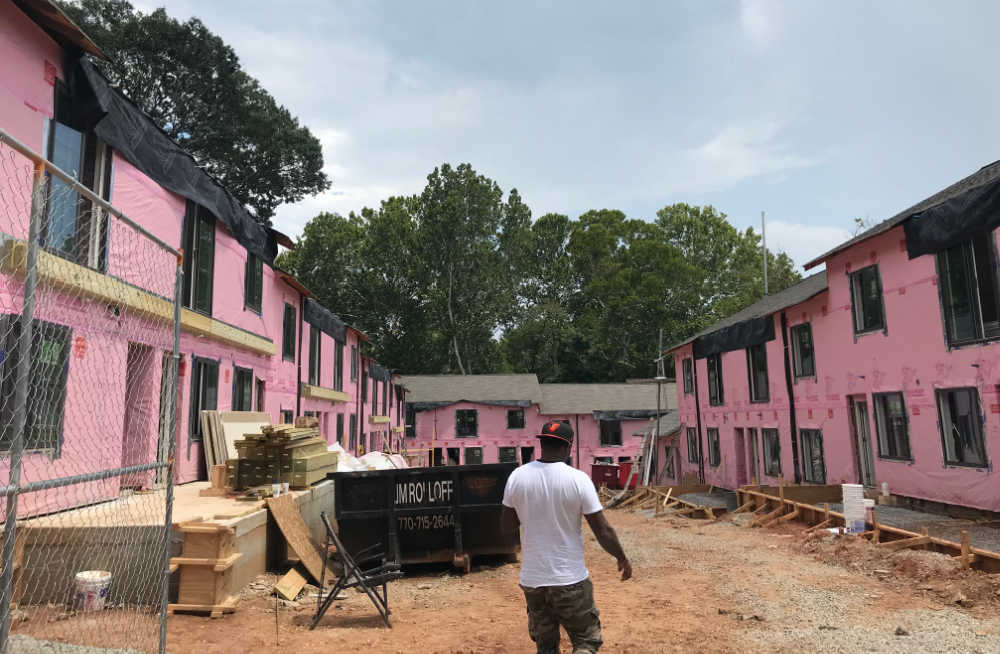 Renovating existing historical sites can be an exciting and positive change for a neighborhood — but the work doesn’t come without its challenges. Our first step was to analyze the existing conditions of the unoccupied, boarded-up and mold-filled apartment complex. This meant performing an on-site/as-built documentation.

The rezoning approval was contingent on the existing building being saved despite the severely dilapidated condition, and it was determined that gutting the buildings and reconfiguring the unit layouts with all new building systems was the best solution. This allowed us to alter the existing floor plan layouts to better suit growing families and individual renters, giving the complex 31 apartment units to rent. The optimized layouts also made it easier for the buildings to meet current building codes.

Soon, we were tasked with providing a design that fit the project stakeholders’ collective image of the property. The neighborhood wanted to maintain affordability but also wanted a project that looked like a new market-rate project. Our first design iteration kept more of a modern look for the existing masonry buildings while still updating the site and its amenities. After further review and discussions with WFF, we ended up with an entirely new look that gave the buildings a more traditional but upscale appearance, with the exterior being re-cladded. 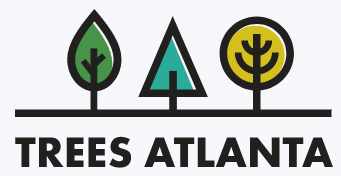 We enjoyed our partnership with Trees Atlanta, a nonprofit that serves the metro Atlanta area and has many volunteers and other champions who support its organization.

One integral part of the apartment design that remained throughout the various iterations was to make meaningful improvements to the complex. The existing buildings were surrounding by asphalt without any green space or amenity space for residents. We wanted to create a large central courtyard with the apartments’ new front porches facing it and a shared green space area, terminating into a “hang-out” grilling patio as a focal point for the complex. We hoped to provide apartment community residents with a safe place to gather and play — a place they’d be happy to call home.

We worked with Trees Atlanta, a nonprofit that works to mitigate Atlanta’s tree loss, protect its forests and increase the city’s tree canopy to develop a landscape plan that would give the complex’s residents convenient access to herbs and fruits.

Trees Atlanta’s plan included edible, native and drought-tolerant landscaping, medley gardens with rosemary, basil and other herbs and fruit trees. It also developed a stormwater drainage area into a rock garden with pebbles and several large boulders children could climb on. 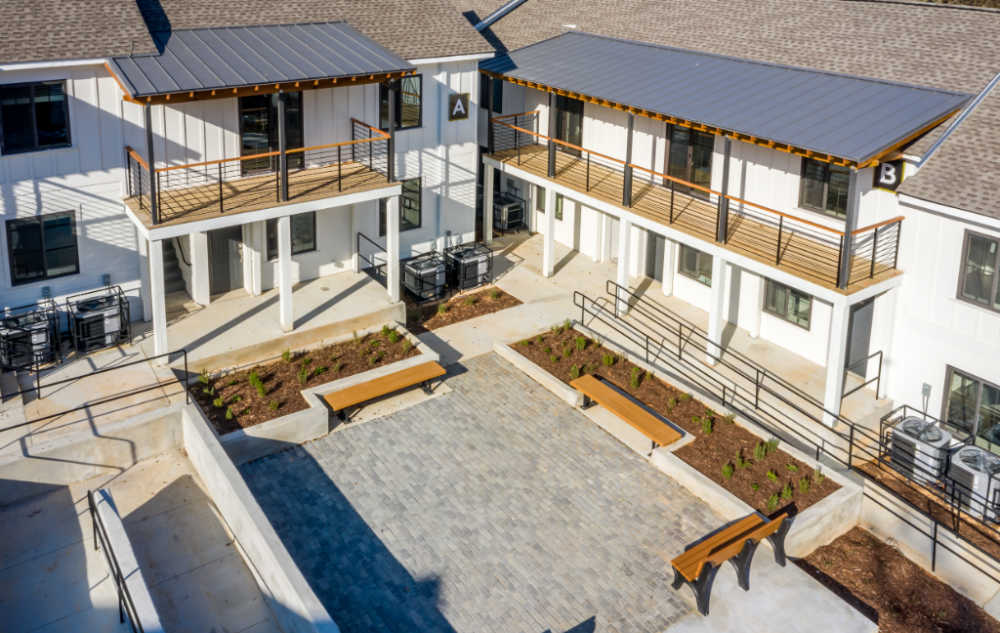 Mother Nature and Other Challenges

As our scope of work transitioned from schematic design to construction documentation, we worked with the Construction team of Red Clay Development Partners as the Project Managers, Community Construction Group as the General Contractor and Jaren Abedania from WFF on making design adjustments to keep the project within the budget. A good team is a collaborative team, and we wanted to work jointly with the contractor to get the project cost down in the best ways possible while never losing sight of the initial design goals.

As the apartment project moved into the construction phase, we continued to work closely with the construction team in providing solutions to the unforeseen challenges we encountered — one being a massive tree that fell on one of the three apartment buildings. This random act of mother nature caused a complete reconstruction of two-thirds of the rear building.

Another design challenge was meeting the accessibility requirements that all multi-family projects must meet. We had two designated units in the first building that was to be totally accessible, whereas others could be adaptable. The problem was the site topography (i.e., grade) dropped about 12 feet from the street to the rear building on the property, with the front buildings stepping down the slope. We were challenged to create an accessible path for residents to get from the street sidewalk down the site to each stepped segment of the building. (Once the resident gets onto their front porch, their apartment unit is already designed with accessibility in mind.)

The 31-unit apartment complex includes a mix of one, two and three-bedroom units.

Fast-forward to spring 2021, and this extensive apartment complex renovation is finished. We’re currently working with Trees Atlanta to implement its landscaping plan and hope to finish the planting process soon. Our Jones Pierce team is looking forward to volunteering to help Trees America with its efforts — and, of course, we’ll be excited to see the new residents moving in!

Update: As we were finishing this article, we learned that Westside Future Fund and Keisha Lance Bottoms, Atlanta’s mayor, planned a press conference to mark the grand opening of the apartments as residents start moving into the units. Watch the WFF YouTube video from April 21 to see the announcement.

If you’re interested in talking with Jones Pierce Studios about a commercial architecture project, call 404-446-3882, email us or complete our contact form.